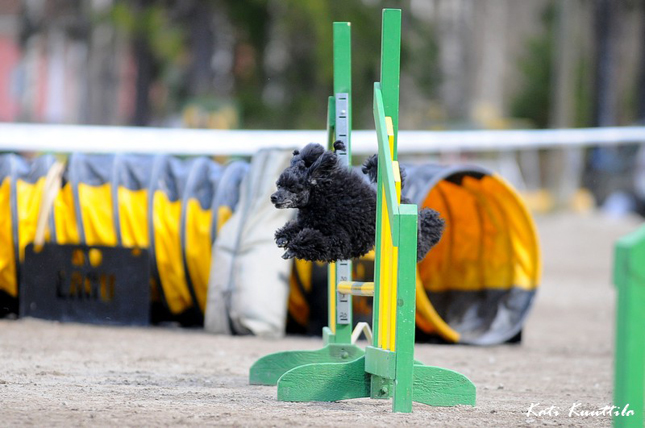 A couple of weeks ago the District Championships were held in Vasa. Alva, Hasty and Gilja took part in it. On the first track both Hasty and Alva ran clean, but unfortunately Alva was less than a second over the ideal time. Gilja had a really good and fast race, but before the weave poles she quickly went to check the number tag on the ground. I don´t know why, maybe she tought it was a target?

In the second race Alva also did a good faultless race, but also this time less than a second over the ideal time. Hasty did well but on the final straight the oxer came down. Gilja ran clean and was placed second. In the end, based on both races Alva became DC-3 in mini and Gilja DC-3 in medi. Quite nice and unexpected! 🙂 Hasty and Gilja also participated in teams and both ran clean, but not all the others, so Gilja´s team was disqualified and Hasty´s team maybe 4th with 15 faults?